Last week Dr Timothy Cooper visited Bali with 2 colleagues, Dr’s Mark Duncan Smith and Dr Alex ONeil. The visit was under the auspices of the John Fawcett Foundation and involved seeing and operating on 17 burns victims.

The patients had come from as far away as Timor, Java and Sumba. The patients were mostly children and young adults and the deformities were on the moderate to severe scale. The causes were varied, but a disproportionate number were from oil lamp burns, which is a common setting where there is no domestic power. The patients had mostly received very little in the way of primary burns care so their wounds healed with the development of severe contractures. These deformities are exceedingly rare in developed countries like Australia where primary burns care with early debridement and graft care being the norm.

All the patients were operated on over 3 days, which stretched the resources quite thinly at the local hospital in Denpasar. However, it was a great opportunity to teach the local staff including general surgeon Anom Ratna the finer points of burns care.

Hopefully all the patients go on to heal satisfactorily with follow up put into place.

We remain indebted to all the people who donated money to the mission. Channel 9 Australia filmed a story about the trip. This is likely to be aired in the next few weeks as a news feature story. 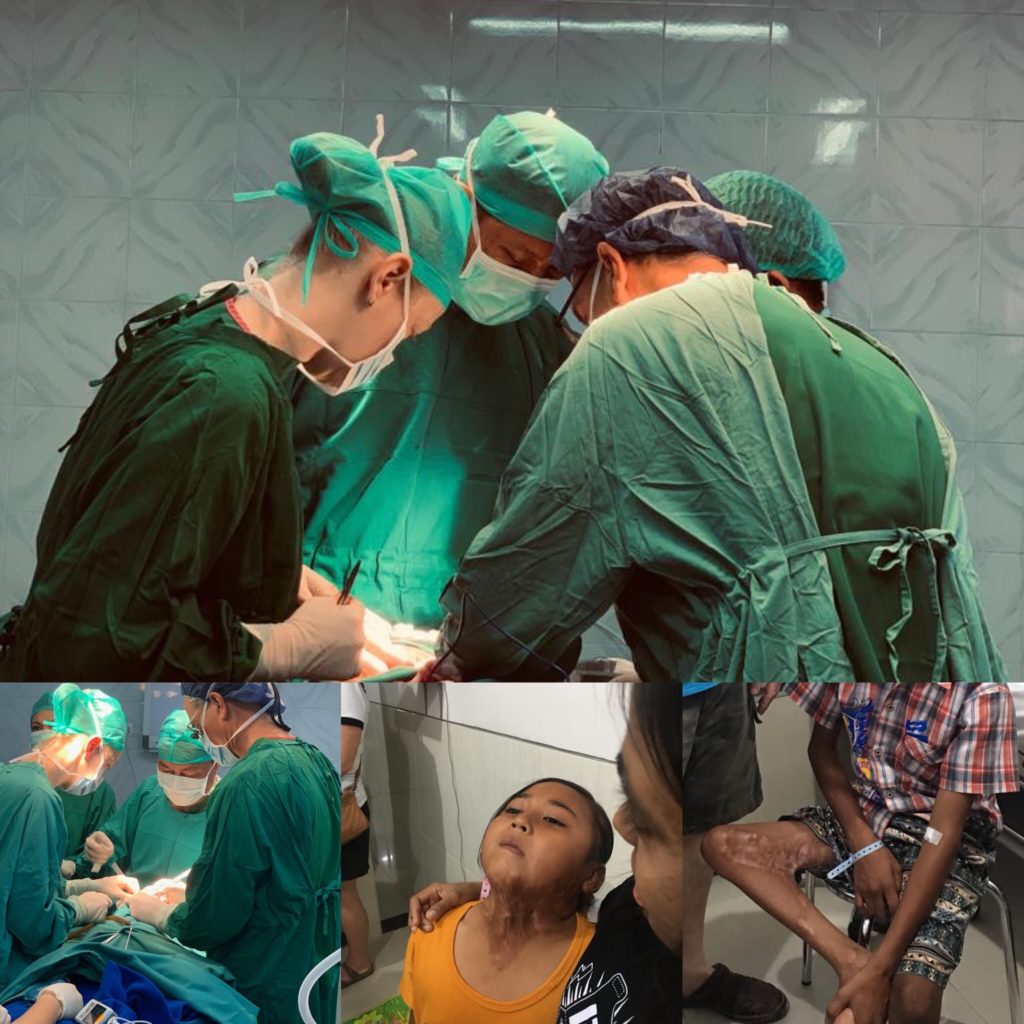 The difference between Plastic & Reconstructive Surgeon and a Cosmetic Surgeon?